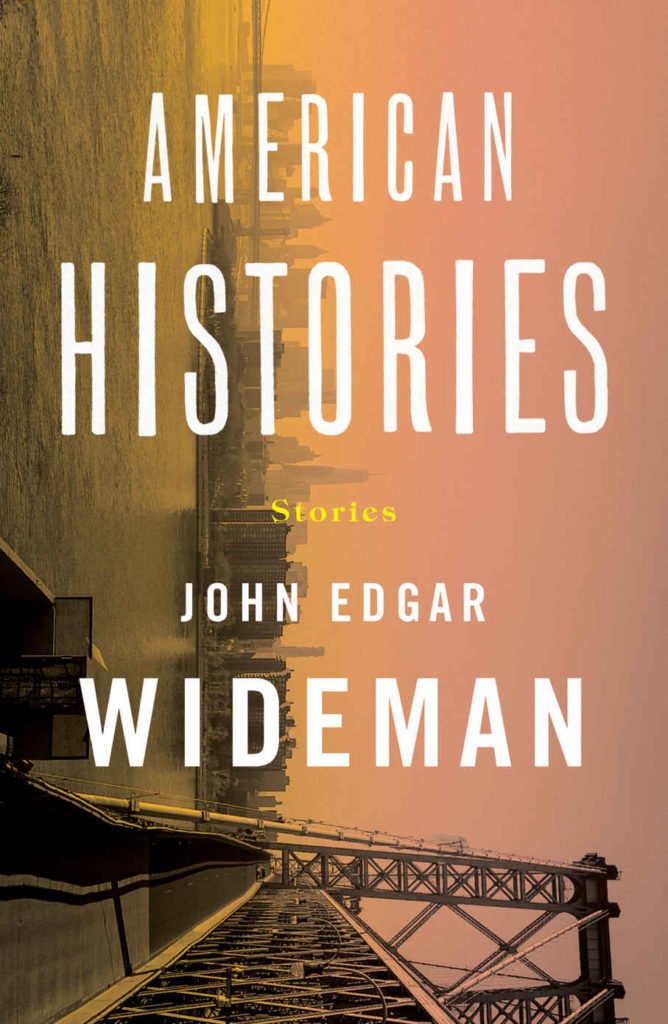 In this singular collection, John Edgar Wideman, the acclaimed author of Writing to Save a Life, blends the personal, historical, and political to invent complex, charged stories about love, death, struggle, and what we owe each other. With characters ranging from everyday Americans to Jean-Michel Basquiat to Nat Turner, American Histories is a journey through time, experience, and the soul of our country.

“JB & FD” reimagines conversations between John Brown, the antislavery crusader who famously raided Harper’s Ferry, Virginia, and Frederick Douglass, the abolitionist and orator, conversations that belie the myth of race and produce a fantastical, ethically rich correspondence that spans years and ideologies. “Maps and Ledgers” eavesdrops on a brother and sister today as they ponder their father’s killing of another man. “Williamsburg Bridge” sits inside a man sitting on a bridge who contemplates his life before he decides to jump. “My Dead” is a story about how the already-departed demand more time, more space in the lives of those who survive them.

Navigating an extraordinary range of subject and tone, Wideman challenges the boundaries of traditional forms, and delivers unforgettable, immersive narratives that touch the very core of what it means to be alive. An extended meditation on family, history, and loss, American Histories weaves together historical fact, philosophical wisdom, and deeply personal vignettes. More than the sum of its parts, this is Wideman at his best—emotionally precise and intellectually stimulating—an extraordinary collection by a master.

“Wideman is one of the nation’s literary treasures, and his contribution is a dazzling, delirious achievement: as his narrator, perched on edge of the Williamsburg Bridge, prepares for suicide, he delivers a cri de coeur that ranges from Sonny Rollins to the Yalu River and becomes nothing less than a meditation on the extraordinary resilience of ordinary black lives in the American Century”
– Junot Diaz

“Wideman … boldly subverts notions of what a short story can be in this wonderful collection … Each story feels new, challenging and exhilarating, beguilingly combining American history with personal history”
– Publishers Weekly

“Undoubtedly the foremost chronicler of the urban African-American experience. A master storyteller, Wideman is both a witness and a prophet”
– Caryl Phillips

“Wideman’s writing, like Toni Morrison’s, is so pure and convincing that he can break the rules of classical storytelling, even invent some new ones”
– Boston Globe

There is Toni Morrison, there was Ralph Ellison, Maya Angelou and William Faulkner, then there is now this writer you can read John Edgar Wideman, with this short narrative form done so well.

Great accumulative sentences and prose style within, many voices in the various narratives, ones of loss, in fear, in joy, terror, in slavery, in the shoes of Nat Turner, and in life expounding a myriad of complexities and tragic histories past and present, and ongoing, with mans failings and evils, joys and pains, sound and fury. The sentences are a joy to read without the need for a journeys end.
An outstanding haunting meditation of literary work of the past and present, global and personal, that may be read over many times and to hit best books lists of this year.

“Enraptured by his vision, Brown foresees colored slaves armed with sticks and stones prevailing against cannons, Sharps carbines, the disciplined troops of a nation dedicated absolutely to upholding the principle that color makes some men less equal than others. I embrace the fiery justness of John Brown’s prophecies, his unflinching willingness to sacrifice himself and his sons, yet I cannot forgive my friend for untempered speech, demagoguery, the impetuosity and rage that grip him. That transform dream to madness.”

“A born orator. Born with that gift and many glorious others, his mother assured him in stories told at night, whispering while she lay next to him in the darkness, their only time together, half hours she stole from her master, slipping away to walk an hour each way, plantation to plantation, to earn their half hour.”

“During a bad ten months I had lost a brother, a niece, and they joined the rest of my dead. The dead remembered, forgotten, adrift. The dead in a folder. There and not here. Dead whose names never change. The dead who return secretly, anonymously, hidden within other names until they vanish, appear again.”

“She struggles to keep him inside her. Not because she knows that in less than six months Japan will bomb Pearl Harbor and this country, flags flying, will join in the slaughter of world war and child after child, all colors, sizes, shapes, religions, nationalities, including babies like the one she’s expecting, will be gathered up and starved, tortured, incinerated.
Struggles to keep her baby inside not because she understood the horror of war, understood that once it starts the horror never ends, young men put in uniforms and marched off to save the country or die trying, some of those soldiers young men from her colored neighborhood, two she will never meet except as names on a memorial plaque beside the door of Homewood’s Carnegie public library, where her brother Otis, who made it back from war, used to take her by the hand to borrow books, then years later took her son, men returning she will encounter in the street or in movies or on tv, some full of love for any girl or boy inside her, men who gladly would risk their lives to protect her or her children playing in the streets, but others rotten with war’s hate, men with weapons the government issues and teaches them to shoot, men who would kill, no regrets, any children she’d bear.”

“Wail of sirens continuous. A woman coming from the direction towards which I hurry, her clothes sooty, in disarray, shouts at no one in particular: People are jumping out windows. Beneath the East River a subway from Brooklyn to Manhattan carrying my daughter to work may be trapped under burning buildings. My stepson’s grade school only blocks from where war or the end of the world beginning. A man has rolled his black, shiny sedan up over the curb, turned off the motor, and sits, legs hanging out the passenger side door—nice shoes—radio behind him broadcasting full blast live updates from the site where planes are smashing into the Twin Towers. Driver wears an expression I’d seen in a movie once, on the face of a blue-coated trooper huddled behind the rump of a dead horse shot out from under him by waves of Sioux arrows. Sirens wail nonstop that day and I still hear them.”

Reviewed by Lou Pendergrast on 21 March 2018