A Season in Carcosa edited by Joseph S. Pulver Sr. 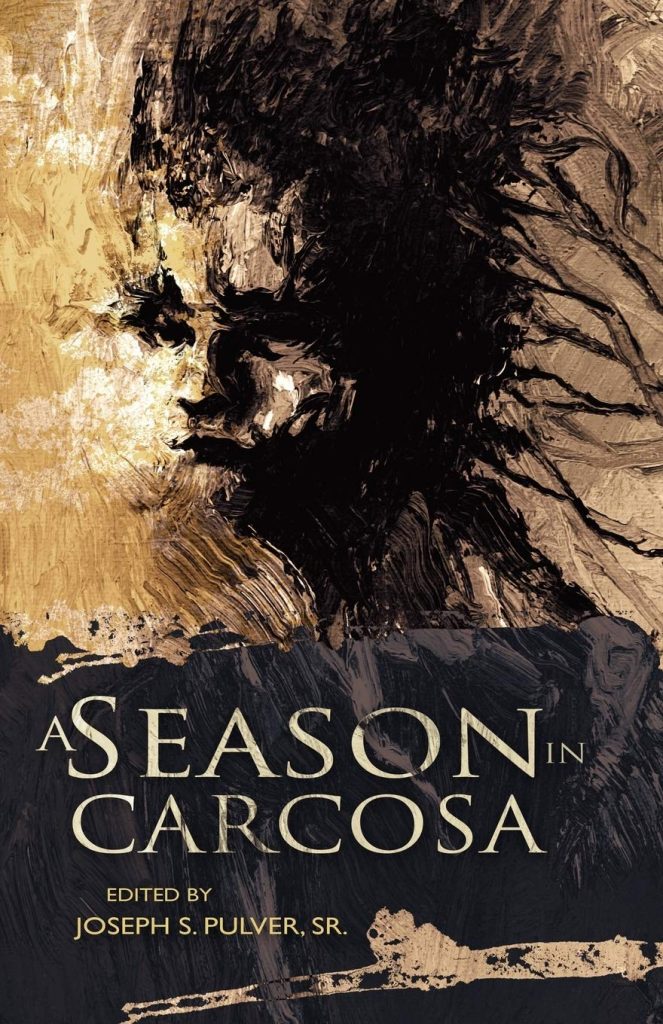 Slowly reads will accumulate and reviews added by end of May 2021.

Have you heard the story?
You know about The king in Yellow, and what happened to some inhabitants of Carcosa?
Was it a “primary phobia about the sea”?
Folklore?

There is a dig.
Seeking out answers, skeletons laid out, things aligning, connections being made and answers arising.
An inquisitive and visceral compelling constructed work.
Funeral Rock and Carcosa City awaits.
Maybe this tale will have you seek out another, and follow the yellow brick road to The king in Yellow, I am starting the walk.

“You reached the island of Carcosa seven days ago, at 6:35 PM by your watch, only to find what looked like two suns staring down, one centered, the other offset—an upturned pupil, cataract-white, with a faint bluish tinge. It’s an optical illusion, Jutras told you, during your conference-Skype briefing; Everyone sees them. There’s other things, too.
Like what?
Just…things. It’s not important.”

“Because that’s what’s brought you here, of course—like it always does, no matter where, no matter with who. Because this is your “business”, the reckoning of mortality: to sex bones and extract DNA, to separate violent death covered up from more wholesome detritus, plague-pits or accidents or Acts of God alike, the dreadful human wreckage left behind whenever earth gapes wide, whenever the jungle sneezes up something that makes people cough themselves to death or sweat blood from every pore, whenever the sea rises up and bears away all in its path.”

“The King, Ringo tells you, once ruled in Other Carcosa City, before he was expelled and set adrift. He came from somewhere else entirely, far Away, further than anywhere—came walking through their gates on foot one two-sun day, at suns’-set, and when asked to remove his mask as a gesture of friendship, claimed he didn’t wear one.”

“Now the words spill out in a similar rush, barely interrupted, monologue paced to an adrenaline rush tachycardia beat, so fast it barely seems to be your voice you’re both hearing say these things, with complete declarative confidence—the same authoritarian, spell-casting rhythm which renders truth from lies, makes fiction into fact, simply by stating even the most ridiculous-sounding things out loud.”

“The blue-green, poisonous light of the setting suns behind it twists your stomach. You feel the whole thing pulling, physically, like a hook in the gut: some second force of gravity, pressing you towards the lake and the place you know isn’t there, can’t be there——not because it isn’t real, but because it’s somewhere else. Some utter, alien elsewhere, so far away its light is older than your species.”

Beyond the Banks of the River Seine
by Simon Strantzas

The sense of atmosphere of a Paris of old with two unique composers in the narrative succumbed by something, his craft and calling to another, rivalry, obsession and ones descent into something masterful, with Carcoas and the King in Yellow behind the curtain, its promises to be something transformative for the artist and the audience, a performance that yet graced their eyes, strange conjuring and changing afoot, reader and artist consumed, reeling you forward with an alluring tale.

This will be part of my project Old & New https://www.more2read.com/review/tales-old-new/ 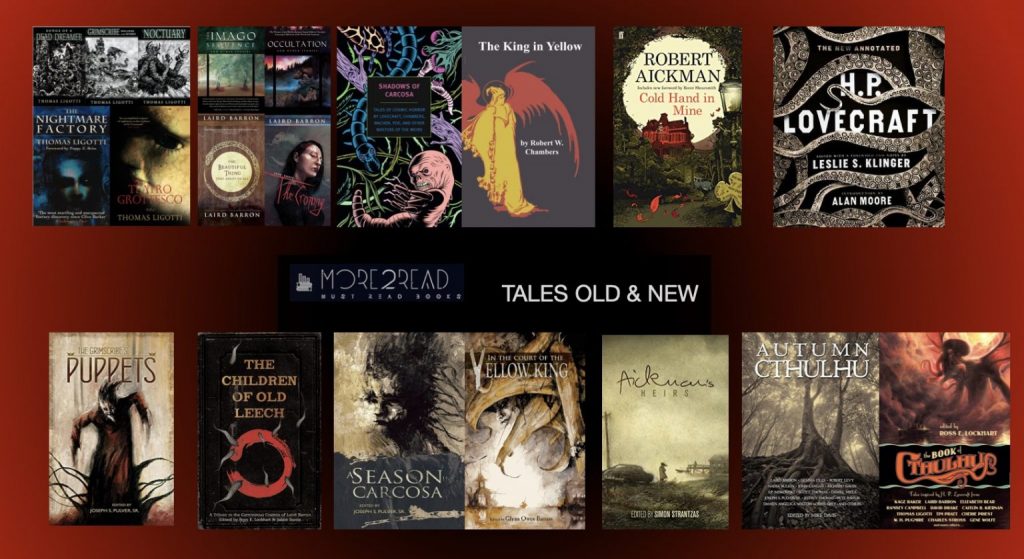 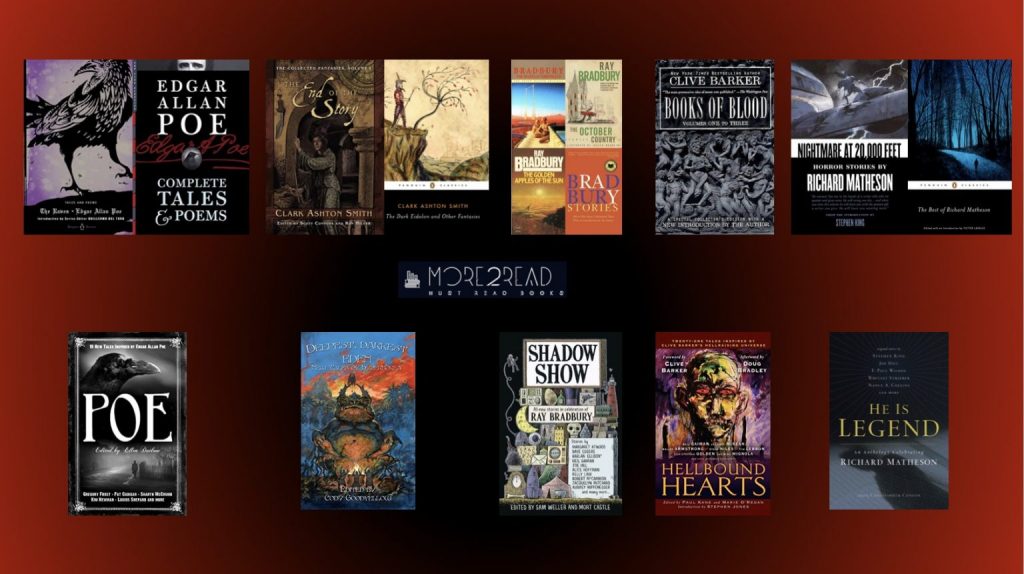 Joseph S. Pulver Sr. (July 5, 1955 – April 24, 2020) was an author and poet, much of whose work falls within the horror fiction, noir fiction / hardboiled, and dark fantasy genres. (from Wikipedia)

Joseph S. Pulver, Sr. was the author of the novels, The Orphan Palace and Nightmare’s Disciple, and he has written many short stories that have appeared in magazines and anthologies, including Ellen Datlow’s Year’s Best Horror, The Children of Old Leech, Year’s Best Weird Fiction, Book of Cthulhu, “Lovecraft eZine”. His highly-acclaimed short story collections, Blood Will Have Its Season, SIN & ashes, Portraits of Ruin, and A House of Hollow Wounds were published by Hippocampus Press.

His work has been praised by Thomas Ligotti, Ellen Datlow, Laird Barron, S.T. Joshi, Michael Cisco, Jeff Thomas (PUNKTOWN), and many other notable writers and editors.

Joe has edited the anthologies, A Season in Carcosa, The Grimscribe’s Puppets (TGP won the Shirley Jackson Award for Best Edited Anthology), and Cassilda’s Song. 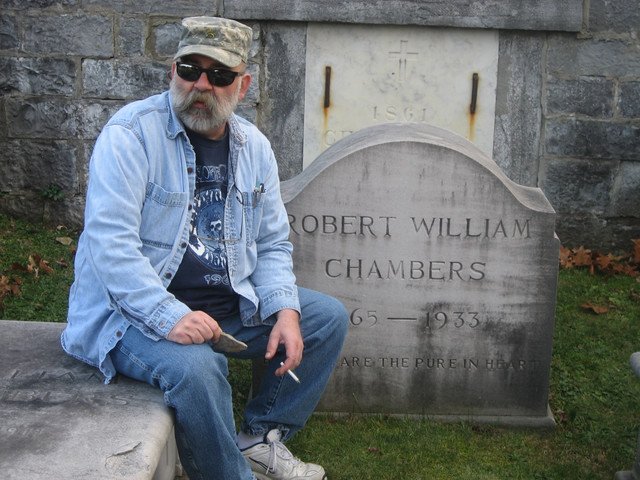 Reviewed by Lou Pendergrast on 02 April 2021