A Life Transparent by Todd Keisling 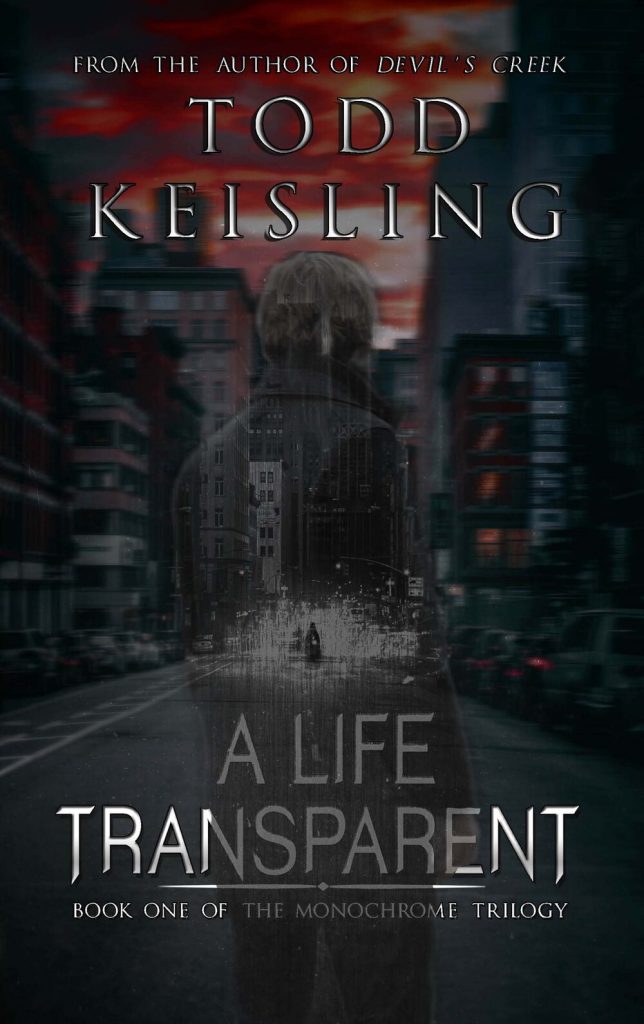 About A Life Transparent by Todd Keisling:

WHO IS DONOVAN CANDLE?

Donovan Candle is boring.
Consummate husband, supportive brother, hard-working employee—a paragon of the diminishing Middle Class. Like so many others, he has fallen into routine and compromised his dreams for the sake of a paycheck. After a bad day at the office leaves him low, all Donovan wants is to sleep off the disappointment and start over.

His body is fading out of existence. He’s seeing strange visions of the world in monochrome and horrific creatures lurking in his periphery. No one else seems to notice, and as the odd afflictions intensify, Donovan fears he is losing his grip on reality.

Someone breaks into his home and abducts his wife. Before he can contact the authorities, a stranger’s ominous phone call urges him on a path to her rescue, but only if he follows the rules. The clock is ticking, and with every step Donovan slips further into a state of transparency. Will he be in time to save his wife—and himself—from the dangers of A Life Transparent?

Praise For A Life Transparent:

“A Life Transparent puts the very best of Keisling on display — characters with heart that are all too easy to see ourselves in, pitch perfect pacing, and inventive world-building that will make you hope you never stray too near the Monochrome.”
– Laurel Hightower author of Crossroads

“A Life Transparent is thought provoking, with engaging prose and three-dimensional characters. Keisling captures the mundane, and uses it to paint a unique tale in this first book of his trilogy. I highly recommend it.”
– Kenneth W. Cain, author of A Season in Hell and award-nominated editor of Midnight in the Graveyard.

“Keisling uses his love of horror and literary talent to weave an edge-of-your-seat thriller filled with deep characters that are both relatable and deliciously flawed. The narrative will take you on a wild ride and take you to delightfully unexpected places.”
-R. B. Wood author of Bayou Whispers

Donovan in spot of trouble, in and out kind, a flickering of matter, one minute here the next somewhere else, caught in a realm of the illogical in a world of monochrome he finds his pursuit of happiness under question as certain developments have him reevaluate his life.
A wife taken and need for safety and return also contained within.

Donovan felt he wasn’t living up to his expectations and felt failed on many levels.
Then there is the envy of the brother’s better success and he being too complicit in life and his brother the opposite.
Donovan failed at writing a great American novel he mentions due to work and marriage and he his is trying to write one big novel but with creative block, now with this Monochrome he may find a major creativity obstacle.

Interesting theme on how a life is lived and expectations of it, the mundane, the dissatisfactions, and the pursuits of happiness with an anti 9-5 city-life tale, in a Scifi and noir speculative mystery.
It could have been a pi styled novel without the Scifi and speculative concoction and one would still have no trouble reading it and being immersed with an identity and self in peril and the authors crafting the right pace and words needed to make a story like this work.

This is a reissue and revised with a very personal afterward, one now eager on reading the rest of the trilogy.

“Tuesday morning’s confusion spread through the rest of the week, and Donovan struggled to rationalize the strange transparent disease afflicting his body. He spent the next few days in a state of disbelief and horror. There was no pattern to the flashes of gray sight, nothing to prepare him for the fleeting glimpses of a world bled of life. A world inhabited by impossible monstrosities.”

“He wanted to believe it was a dream, that he would wake up Wednesday morning and discover it was still Tuesday. He imagined waking to find his life the same as before, full of hope and color.”

“For the first time since the affliction began, Donovan considered the possibility that he wasn’t imagining these horrific creatures. No, things like this don’t happen. They’re impossible, unnatural. He’d written about things like this in his youth, long before he traded supernatural stories for hard-boiled crime, but for the precise reason that they didn’t exist.”

“He didn’t like it one bit. The alternative prospect was also one that filled him with dread. What if he were truly disappearing? What if these creatures were real?”

“The symptoms were getting worse. He was isolated now, living among the rest of the world while slowly being omitted from it. Logic and reason had failed him, left in the past with Monday and some semblance of reality. He wondered if his soul would fade away with the rest of him. He wondered if Donna would remember him once he was gone.
Until this bizarre malady, Donovan thought he had his life under control, and the hard times were behind he and Donna. He considered his life after college, when they’d moved in together. Tiny apartment, tiny paychecks, massive bills. They’d lain awake at night, stressing over the next due date, the next loan payment, how they would afford to replace the brakes on their only car.” 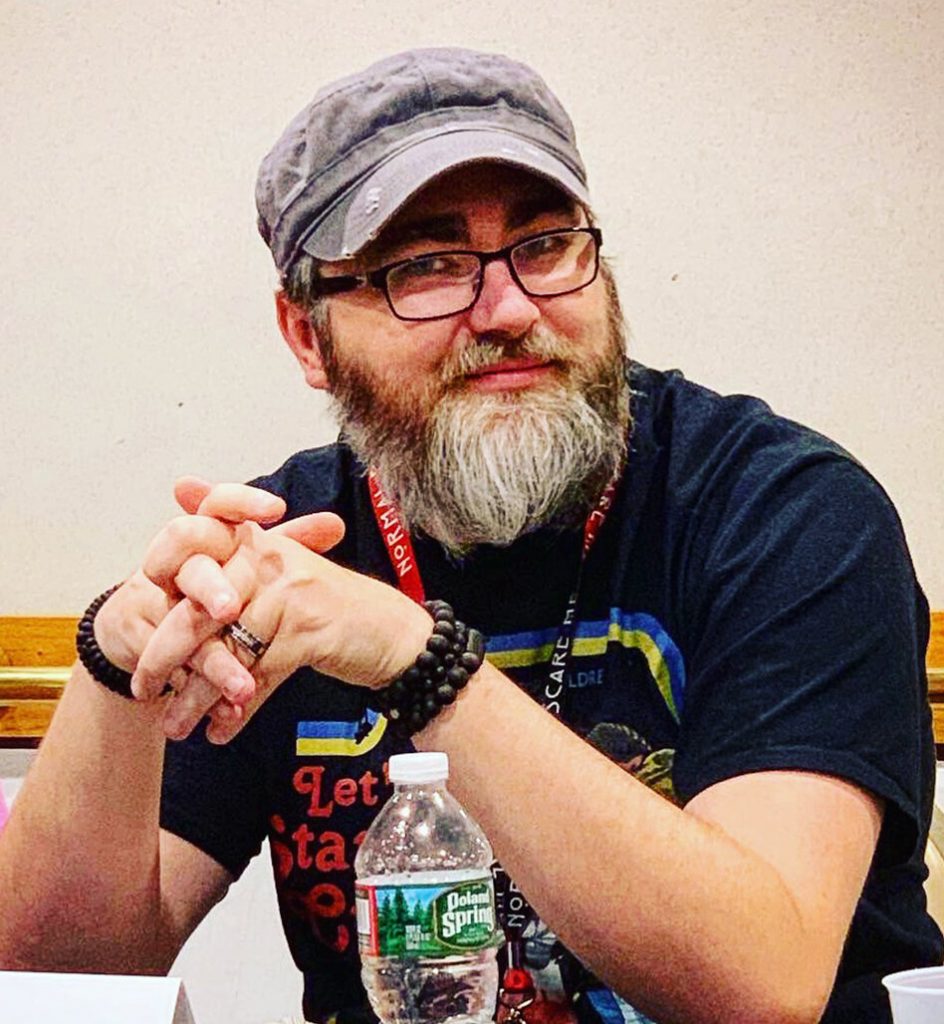 TODD KEISLING is a writer and designer of the horrific and strange. He is the author of several books, including Devil’s Creek, Scanlines, and The Final Reconciliation, among other shorter works. He lives somewhere in the wilds of Pennsylvania with his family where he is at work on his next novel.

Reviewed by Lou Pendergrast on 24 February 2021