A Land More Kind Than Home by Wiley Cash 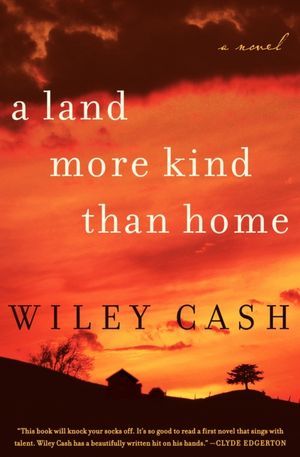 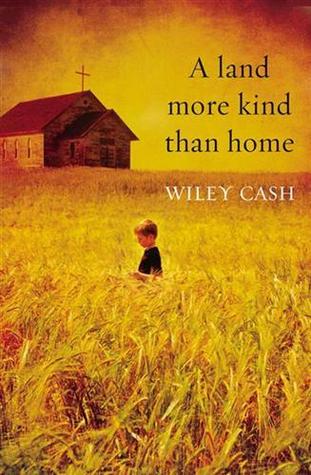 “So beautifully written that you’ll be torn about how fast to read it. This is great, gothic Southern fiction.” (NPR )

“Cash’s debut novel explores Faulkner-O’Connor country . . . As lean and spare as a mountain ballad, Cash’s novel resonates perfectly, so much so that it could easily have been expanded to epic proportions. An evocative work about love, fate and redemption.” (Kirkus Reviews )

“This book will knock your socks off. It’s so good to read a first novel that sings with talent. Wiley Cash has a beautifully written hit on his hands.” (Clyde Edgerton, author of The Night Train )

“Mesmerizing . . . only Jess knows why his autistic older brother died on the very day he was taken into the church, and it’s his voice that we carry away from this intensely felt and beautifully told story.” (New York Times Book Review )

“Cash adeptly captures the rhythms of Appalachian speech, narrating his atmospheric novel in the voices of three characters . . . The story has elements of a thriller, but Cash is ultimately interested in how unscrupulous individuals can bend decent people to their own dark ends.” (Washington Post )

“Absorbing . . . Cash uses well-placed flashbacks to flesh out his characters . . . and to illuminate a familiar truth of Southern lit: Many are the ways that fathers fail their sons.” (Entertainment Weekly )

A southern story that holds true to the ways lives were led. Ways family moved, interacted and their beliefs. The story read as if the people, place and events had come from writers such as Faulkner and Joe Lansdale, to name a few.

The child narrative was captivating, the blessed mute child, the family struggle to break from dark past. The closed church with papers blocking view from passing eye. A Gothic story that’s tragic that touches strings of the heart and puts a spotlight on extremities.

This story has a community that have their daily dosage of God talk delivered by a Pastor who has ways that tend to tip to a more extreme practice as the eyes of a young boy in this story testifies. This boy, who has a brother that has been mute since birth, he can’t make out all this emotion in belief in this Godly world these adults talked about, his world was still innocent and a learning curve. He can’t quite figure out evil at his age but what he sees speaks waves, echoes of fear and sorrow. He can’t understand why the secrecy, when he finds out what occurs behind closed doors he fears of being found out and feels sorrow for what could happen to his mute brother in the hands of the evil that men do. Many a wolf adorn a sheep’s clothing and in this story you feel an evil lurks in peoples ignorance, blinded by desire and wanting a greater good man falls and fools.  The characters in this story chose to take matters in their hands and the end result would only be tragic, you will feel for one young soul in this story and you will warm to this great story full of many great things.

The authors way of telling this story has you thoroughly immersed and captivated you feel and connect for the vulnerable and wonder at the ignorance, the secrets people allow to have covered until its too late. The price weighs so heavy on the victim and the heart weeps so endlessly with those they leave behind.

“That kind of belief has been up here a long time before I arrived on this earth, and it’s my guess it’ll be around for a long time after I’m gone. But I’ve seen his work firsthand, and I still can’t put my finger on what it is and why it affects folks like it does. Ten years ago i saw a man set his own barn on fire while his family just stood out in the yard and watched it go, just because he thought it was the right thing to do.”

“I suddenly understood the kind of mind that could convince Gillum to set his barn on fire, and I suddenly understood why a group of folks would hide behind newspaper-covered windows while they worshiped, and I finally realized what was in those little crates they carried in and out of that church on Wednesday nights and Sunday mornings. But other than suspicion, what did I have? What could I do? Arrest a man for exercising his religious freedom?”

That child was touched, and I just don’t know what else you could call it. He never cried once as a baby, and by the time he was three years old those two kids knew he wasn’t ever going to speak. He’d hum sometimes or maybe even grunt when he wanted something, but that was about it. He was quiet, all right, but you couldn’t say he wasn’t peaceful. He could spend all day sitting still on the porch steps with just his eyes creeping around the yard to take measure of the things resting just out of line with your won gaze: the tree line, the ridge, an earthworm inching itself along through the dirt. I used to sit with him when he was just little bitty thing, and sometimes I got to believing that I could feel his eyes on me. When I did, I’d whip my head around right quick to try and catch him staring, but I never could. I’d find him instead just siting there with his eyes locked on a black spread of birds moving in silhouette against a bright sky or else watching the edge of the breeze rustle the dried leaves on the oaks crowding the ridge behind their little house.”

“It’s a good thing to see that people can heal after they’ve been broken, that they can change and become something different from what they were before.”

Reviewed by Lou Pendergrast on 23 February 2013