I am back, in writing, on the page, after my previous piece of accounting of year 2018 and forward to 2019.

Author interviews had a great start in January in beginning of 2019. Paul Howarth talked about writing and inspirations behind his novel, Only The Killers and Thieves, one that reached many best of 2018 lists including mine.

There was next up in January Laird Barron, he spoke about his writings and inspiration behind his creation of Ex-mob enforcer Isaiah Coledrige and forthcoming novel in May 2019 Black Mountain. An author on twitter, loved a response of Laird Barron’s where I asked, “What essential advice would you give to the writer trying to write their first novel?” And he said, “I’ve come to believe that process advice is largely fruitless because the creation of art is personal. As a writer, you f**k up again and again until you get it right, you get lucky, or you die.”

Third interview into the month was with author Christopher Brown, we spoke on his forthcoming novel, out in August 2019, Rule of Capture, and his previous Tropic of Kansas, his inspirations, writing practises and life, a real insightful read. The whole Tropic of Kansas world in Rule of Capture with its dystopian theme looks fascinating.

Last interview of the month was on another must-read the forthcoming novel The Devil Aspect by Craig Russell. In this chat we learn of his writing practises and all the great inspirations that set him on to become an author.

Many readers have liked and learned from these interviews of which me and the authors appreciate greatly.

Books news and cover reveals, there was many mentioned by authors, and I posted up some of them with webpages for preorder and hopefully I will review and cover those that are must-read reads.
I had a great reaction from Author Richard Kadrey, who has an interesting forthcoming novel The Grand Dark, where he said, “Preorders are very important for authors and their books. They play a big part in print runs and how the book will do overall,. Along with reviews, preorders are about the best thing you can do for any author you like, he said trying not too hard to sound like begging.” 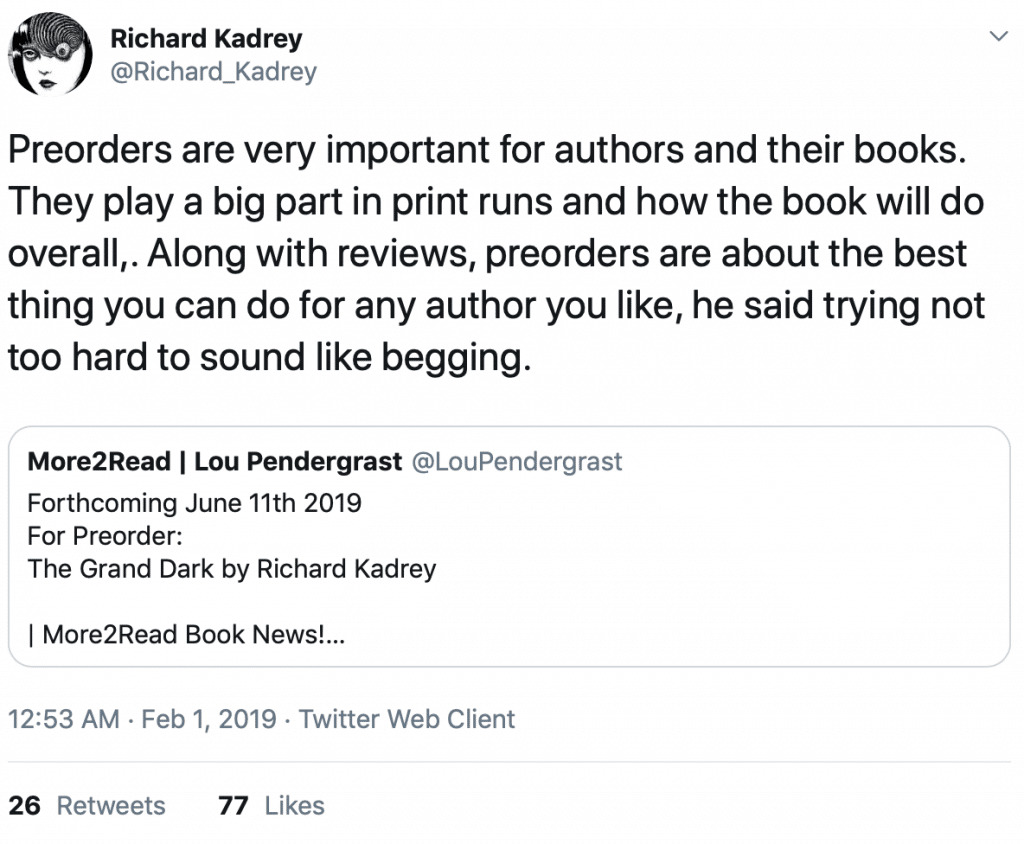 This may become a habit now a monthly rundown of writing matters, and a possibility with baby steps leading to bigger things, longer writings, one hopes as voice is found, other than reviewing and interviewing. As Octavia Butler said: “First forget inspiration. Habit is more dependable. Habit will sustain you whether you’re inspired or not. Habit will help you finish and polish your stories. Inspiration won’t. Habit is persistence in practice. You don’t start out writing good stuff.”
I tweet her quote a few times with photo. 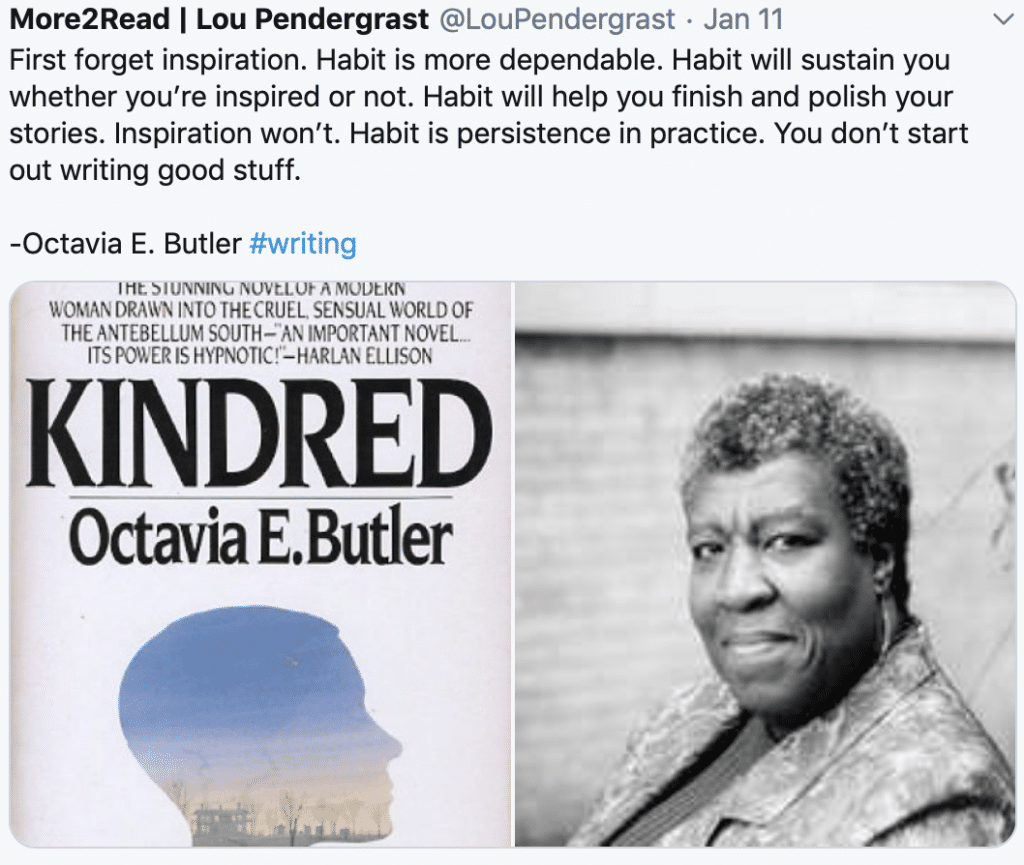 Whilst finishing up and writing this on Saturday 2nd February 2019 something tragic I discovered.
I feel for the author and his loss.
Christopher Brown, as I looked for the interview I had with him on twitter, I see that he had written about his sudden tragic loss of his young artist brother Alex Brown.

There is a page about his work and him, it starts with this:

The painter and musician Alex Brown, who exhibited at Feature Inc. in New York from 1998 until its closing in 2014 and played guitar in the seminal hardcore punk band Gorilla Biscuits, has died at age fifty-two following an aneurysm.”

My thoughts are with Christopher Brown and his family with their loss, he was a talented and gifted individual.

The recommended must-read books I reviewed in January. Titles are either ones released in January or read and reviewed in that month, with one forthcoming in 2019, The Devil Aspect.

A Time to Scatter Stones by Lawrence Block

The Elephant in the Room by Tommy Tomlinson (Review coming)

The Far Field by Madhuri Vijay

We Cast a Shadow by Maurice Carlos Ruffin

The Devil Aspect by Craig Russell

No Exit by Taylor Adams 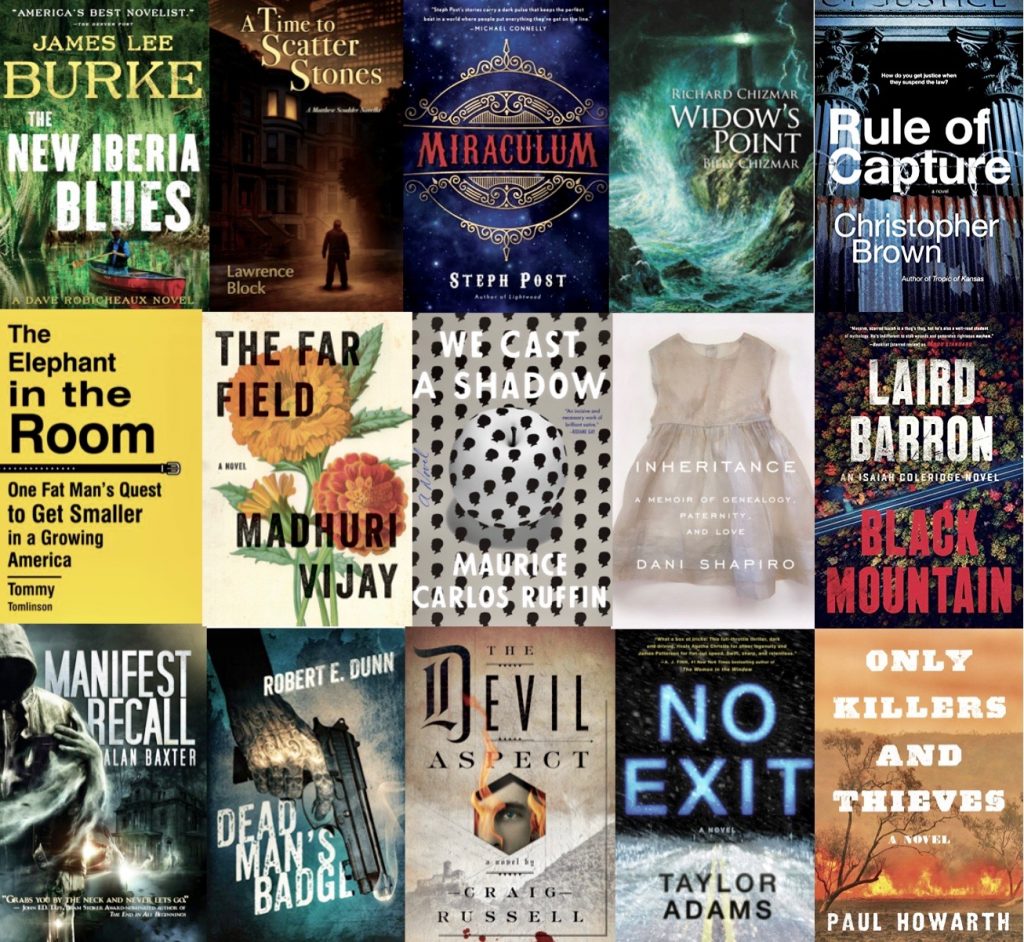 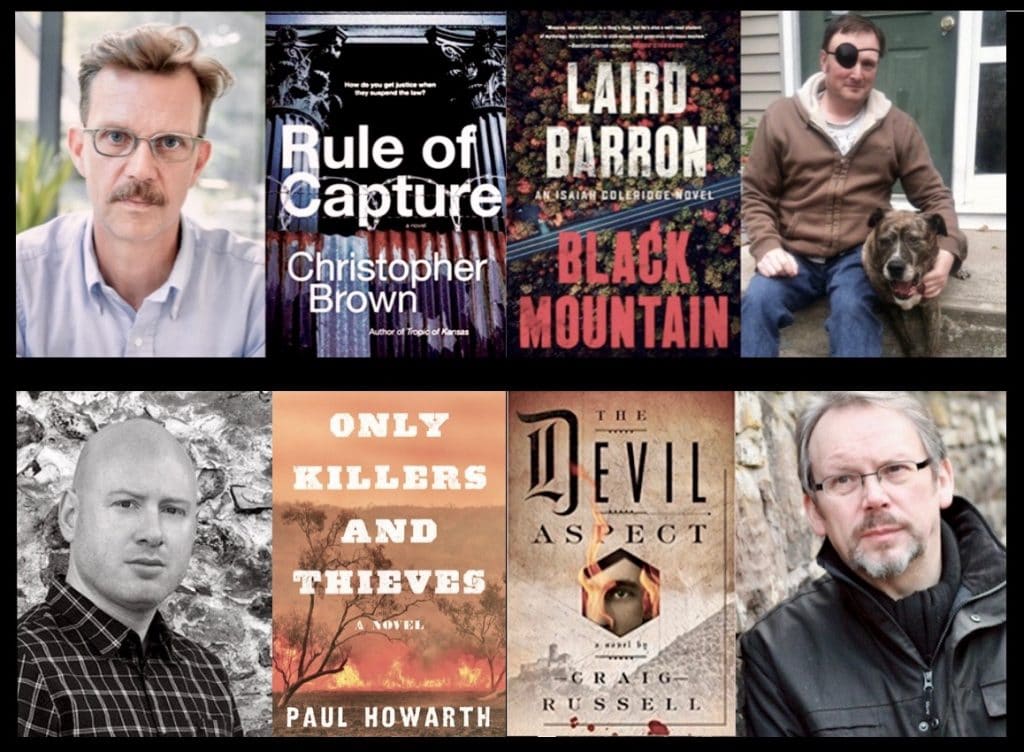 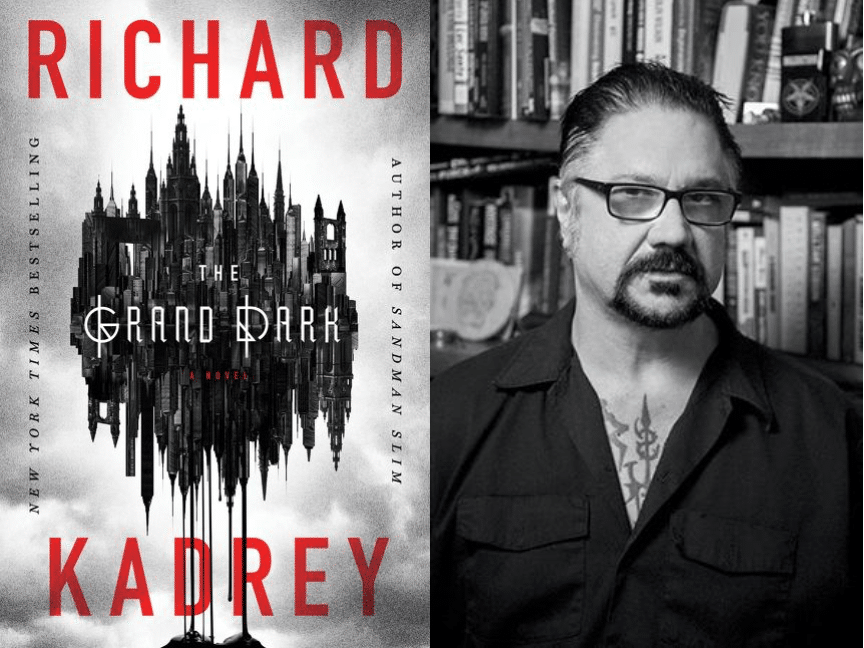 Reviewed by Lou Pendergrast on 02 February 2019