Book Review: A Hawk in the Woods by Carrie Laben - More2Read

A Hawk in the Woods by Carrie Laben 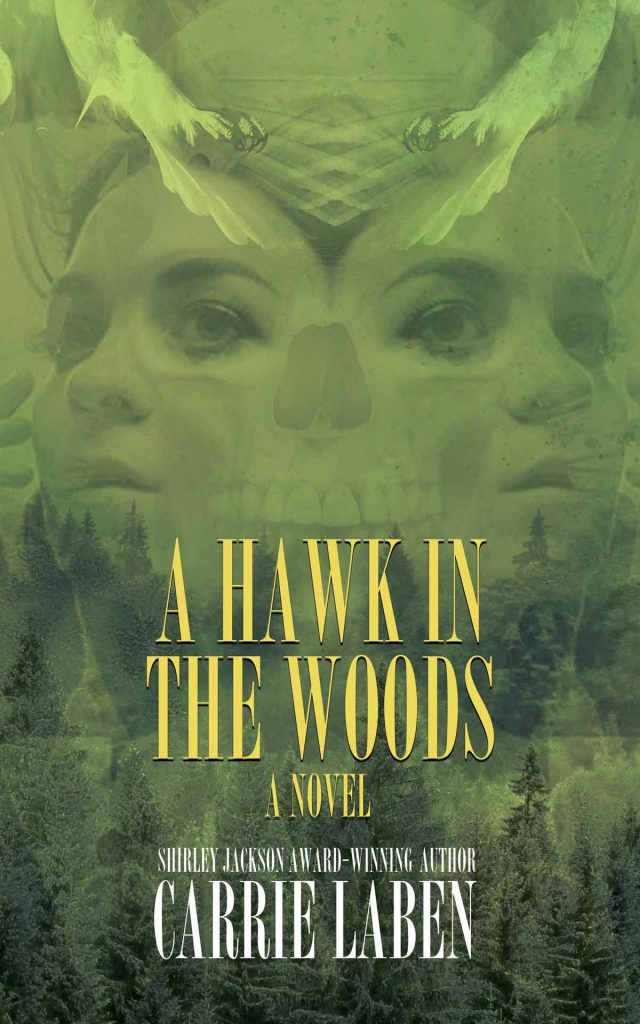 When newscaster Abby Waite is diagnosed with a potentially terminal illness, she decides to do the logical thing… break her twin sister Martha out of prison and hit the road. Their destination is the Waite family cabin in Minnesota where Abby plans a family reunion of sorts. But when you come from a family where your grandfather frequently took control of your body during your youth, where your mother tried to inhabit your mind and suck your youthful energies out of you, and where so many dark secrets–and bodies, even–are buried, such a family meeting promises to be nothing short of complicated…

Praise A Hawk in the Woods:

“At once sly and grim, soberingly real and darkly fantastical, the story of the Waite sisters will haunt readers like an eerie old folk song.”
-Publishers Weekly (starred review)

“In this uncanny world, the darkest moments don’t come from the supernatural horror but from the realization that the Waites’ underlying dysfunction is a near and dear part of our own.”
-Foreword Reviews (starred review)

“A Hawk in the Woods is wonderfully dark and spellbinding, mixing the road novel, family drama, time travel, cosmic horror, and maybe even a little Heathers. Carrie Laben is an original, compelling new voice. Consider me a fan for life.”
-Paul Tremblay, author of A Head Full of Ghosts

“Ride or die sisterhood, conjured from the bones of H. P. Lovecraft.”
-Molly Tanzer, author of Vermilion and Creatures of Will & Temper

“Carrie Laben is a monster–they don’t even make writers like this anymore. You will be reading her name for decades to come.”
-Cara Hoffman, Author of Running and So Much Pretty

Twins reunited, the Waite girls, a decade apart, on a road journey with strange folk song and wilderness things, possessing of a kind and changing of fates, a mysterious mystery with the hawks in the woods.
The twins dark past will be unveiled with some walking blindly, the narrative slowly burns into your psyche into its finality.

The outer, the apparent, twins looking alike and the Hawks, birds of prey, a beautiful species, and there is the creepy inner crafted by this author that has you eerily look at hawks with different contemplation, just for an instant that is.
I still love the majestic birds of prey despite the authors spin on Hawks, that may for a time have you feel some creepiness with them in your midst.

Nicely crafted with careful withholding, showing, and unveiling, a succumbing haunting tale.
Writing about death, crimes past, kin and sisterhood, with nature and the birds in the framework of cosmic horror.

Thanks to author John Langan for recommending this in my interview with him.
You can read it here> https://more2read.com/review/interview-with-john-langan/

“It had the appropriate setting, well back from the road and shadowed by ancient pines on the western side so that it got twilight before anyone else. It had enough heft to be menacing. It had the original gingerbread trim on the upstairs windows, grayed and chipped by time until the patterns were mere suggestive whispers. It had blackberry canes growing thick and feral around the front porch and wild roses outlining where the fence used to be in the back. Further back, it had the foundation of a collapsed, burnt-out Civil War-era barn. And, of course, it had a claim to a notorious—brutal was the word the prosecutor and the reporters had always used—murder. But there were gothic old farm houses all over Western New York. Murders too. There were houses with reputations as haunted, houses that carloads of kids drove past hooting for Satan on midnights when they were full of booze and courage and boredom, houses that the network would send Abby to stand outside on Halloween if there happened to be no actual news to cover, back when she was just a local news girl.
Never this one.”

“She could almost understand why Grandfather thought it was a good idea to settle in a town so like this, isolated, vulnerable. She might make the same mistake herself if she hadn’t already lived with the results. The things people could learn to ignore and live with in places like this were amazing. And even if someone came looking for you in a place they didn’t know even existed, they’d be outsiders too, with the same handicaps.”

“To kill, to possess, to keep alive and suffering..” 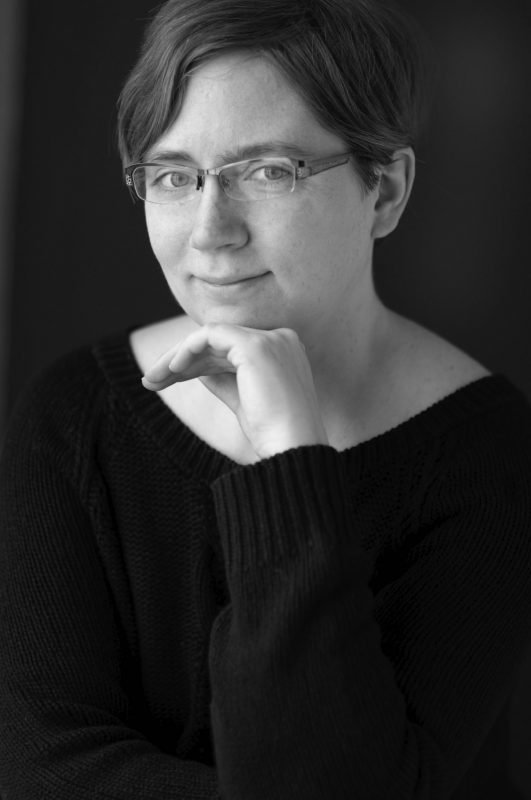 Carrie Laben is the author of the novel A HAWK IN THE WOODS as well as many essays and works of short fiction. After initially studying biology at Cornell University, she received an MFA from the University of Montana and now resides in Queens, New York. Her accolades include the Shirley Jackson Award for her short story “Postcards from Natalie” and residencies at the MacDowell Colony and Brush Creek.