Review: A Friend Is a Gift You Give Yourself by William Boyle - More2Read

A Friend Is a Gift You Give Yourself by William Boyle 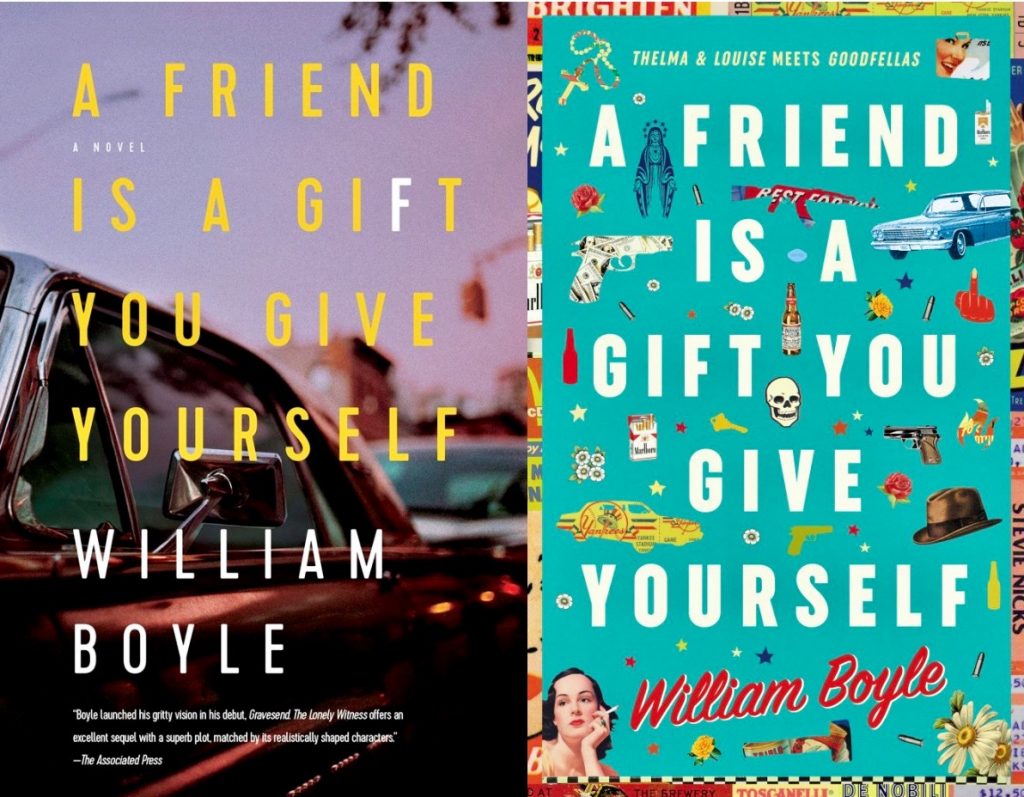 Goodfellas meets Thelma and Louise when an unlikely trio of women in New York find themselves banding together to escape the clutches of violent figures from their pasts.

When Lucia discovers that Adrienne is planning to hit the road with her ex-boyfriend Richie, she figures Rena’s her only way out of a life on the run with a mother she can’t stand. But Richie has massacred a few members of the Brancaccio crime family for a big payday, and he drags even more trouble into the mix in the form of an unhinged enforcer named Crea. The stage is set for an explosion that will propel Rena, Wolfie, and Lucia down a strange path, each woman running from something and unsure what comes next.

A Friend Is a Gift You Give Yourself is a screwball noir about finding friendship and family where you least expect it, in which William Boyle again draws readers into the familiar—and sometimes frightening—world in the shadows at the edges of New York’s neighborhoods.

“Boyle’s follow-up to the well-received The Lonely Witness is being promoted as Goodfellas meets Thelma and Louise. The novel incorporates the snappy timing of both those films, and the Elmore Leonard–like cinematic prose begs for a film adaptation. Recommend this triumph of moral ambiguity to fans of black humor, including that of Carl Hiaasen and Dennis Lehane, in addition to Leonard.”
– Booklist (starred)

“Boyle is one of noir’s most exciting voices, and with his newest book he injects a madcap road trip energy into his finely-tuned criminal world.”
– CrimeReads

“Deploying an inimitable tone that packs sardonic storytelling atop action and adventure, with a side of character development, Boyle’s voice works even when it feels like it shouldn’t. It’s just the right kind of too much.”
– Kirkus Reviews

“One thing to appreciate about William Boyle’s process is that, not unlike the late, great Charles Willeford, he takes his time, he doesn’t rush the reader. This is a significant trait, more important than it sounds, the method of a confident writer. He builds his characters patiently, allowing them to adjust to one another, not merely throw lines to titillate the reader. In A Friend Is a Gift You Give Yourself, Wolfie Wolfstein is as comfortably intact a creature as any crime writer of recent vintage has put together. I gleefully anticipate the coming of a movie or better yet a TV series in her name.”
– Barry Gifford, author of ‘Sailor & Lula: The Complete Novels’ and ‘The Cuban Club’

“Although William Boyle’s new novel is clearly a love letter to his Brooklyn roots, (New York being one of the more prominently featured players in the book) the real “Gift” here is his prose. The writing is so casual and honest that as a reader, you have no idea how much you have invested in these characters until it’s too late to turn back. Your heart starts to race and you forget about the time. By the midway point of the book, I was rooting out loud for these characters. The balance Boyle achieved of warmth between friends and the darkness that comes calling for them is nothing short of brilliant. I also love books with strong female leads, and with A Friend, you get three of them, moved along by dialogue that is second only to the master himself, Elmore Leonard. Hellova’ story. Hellova’ cast. Hellova writer.”
– Brian Panowich, author of ‘Like Lions’ and ‘Bull Mountain’

“As wildly funny and sweet as it is frenetic and harrowing, William Boyle’s A Friend Is a Gift You Give Yourself is full of dark splendor. And the three wondrous and resilient women at its center are so richly etched, so powerfully voiced, you’ll find yourself wanting to pull up to the dinner table with them, grab a glass, and tuck in. Imagine Martin Scorsese and David O. Russell collaborating with Gena Rowlands and Ellen Burstyn and making magic.”
– Megan Abbott, author of ‘You Will Know Me’ and ‘The Fever’

“Heartfelt, evocative, and bursting with indelible characters, William Boyle’s A Friend Is a Gift You Give Yourself is not only an unpredictable and off-the-wall noir, but a meditation on the true meaning of friendship and family. Boyle has created another potent jolt of can’t-miss New York crime fiction.”
– Alex Segura, author of the Anthony Award-nominated Pete Fernandez Miami Mystery series

“A brilliant and nasty piece of joyful ambiguity that I Ioved deeply. What a marvelous and unexpected bunch of female characters, in particular. With this one, William Boyle vaults into the big time, or he damn sure should.”
– Joe Lansdale, author of the Hap & Leonard series

“It’s the women who make this novel such a great read. They are glorious and mad, vulnerable, so human, and very, very funny.”
– Roddy Doyle, author of ‘The Commitments,’ ‘The Van,’ ‘Paddy Clarke Ha Ha Ha,’ ‘The Woman Who Walked Into Doors,’ and ‘Smile’

Wise guys and wise gals, mommas, widows and daughters, and some domestic troubles.
Brooklyn to Bronx to Monroe.
There is this broad, Rena, she did something bad and went on the run, with helluva load of problems unraveling in its course.
Estranged mother and daughter, widowed mobsters wife.
Rena and Adrienne, had a fallout at a funeral and then on things fell apart until certain forces pull them together again, everything in the play, love, family, wise guys, getaway cars, guns blazing, and hammer hitting.
There is, there was, there may not be anymore, a code, omertà, in this tale but without doubt some straight shooting entertaining reading with wisecracks at times with wise guys and gals just living through life one day at time in New York that might just brighten up your day.

Within are characters that would strike some similarities to ones in that show Sopranos, films like Goodfellas, Thelma and Louise.
Plenty movie references and the noir film influence is there in the narrative too.
I see De Niro playing a guy in here, and Pesci, Danny De Vito, Talia Shire, and Susan Sarandon.

In this New York tale there is the usual and unusual suspects, a cast of memorable characters evoked with sharp dialogue, conflict and vivid scenes, nicely crafted and immersive storytelling ingredients with a James Ellroy and Elmore Leonard strain of telling with the author’s own Jazz like potent rhythm and dialogue.
Real and human tragedy the backbone of this escapade of noir kind, people we leave behind and need to put aright, run through this tale that doesn’t let up in pace you will need quite few espressos to suite the adventure ride you may partake in the month of its release in March. 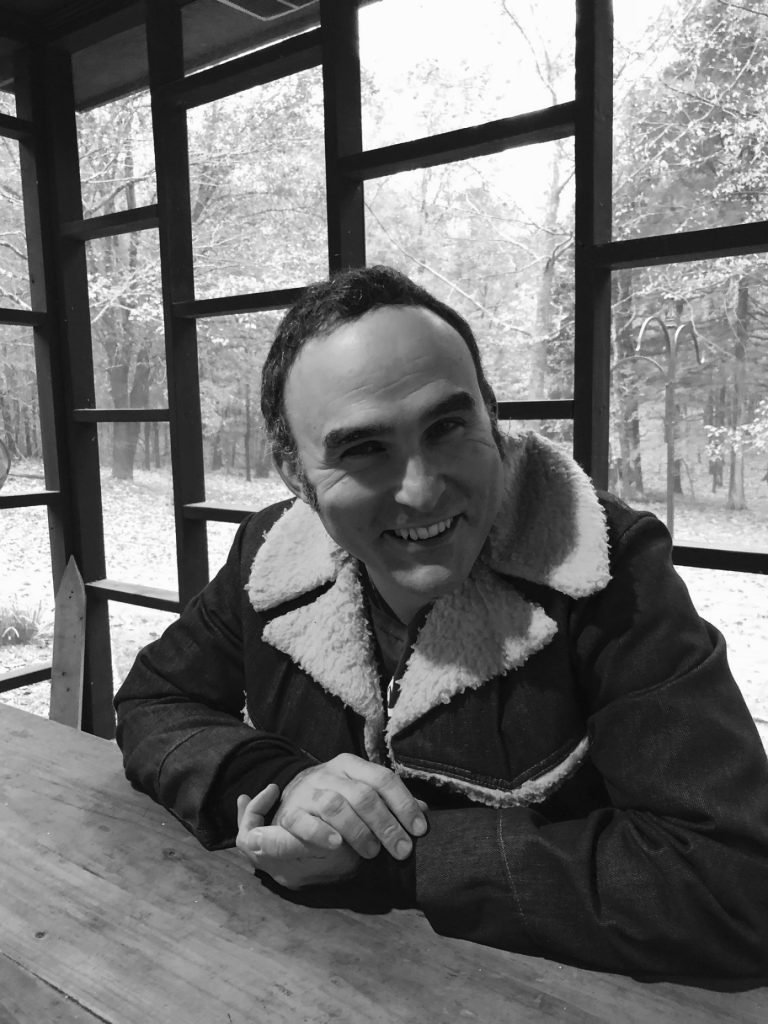 William Boyle is from Brooklyn, New York. His debut novel, GRAVESEND, was nominated for the Grand Prix de Littérature Policière and shortlisted for the John Creasey (New Blood) Dagger in the UK. Boyle is also the author of a book of short stories, DEATH DON’T HAVE NO MERCY, and of another novel, EVERYTHING IS BROKEN. His most recent novel, THE LONELY WITNESS, is out now from Pegasus Crime. A new novel, A FRIEND IS A GIFT YOU GIVE YOURSELF, is forthcoming in March 2019. He lives in Oxford, Mississippi.