A Face in the Crowd by Stephen King, Stewart O'Nan

A Face in the Crowd by Stephen King, Stewart O’Nan 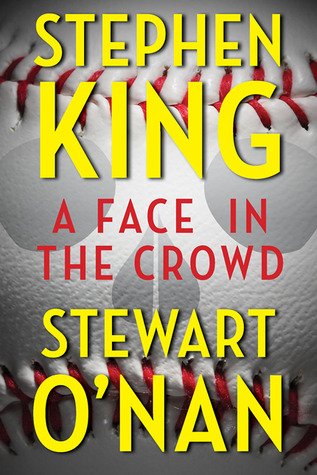 Dean Evers, an elderly widower, sits in front of the television with nothing better to do than waste his leftover evenings watching baseball. It’s Rays/Mariners, and David Price is breezing through the line-up. Suddenly, in a seat a few rows up beyond the batter, Evers sees the face of someone from decades past, someone who shouldn’t be at the ballgame, shouldn’t be on the planet. And so begins a parade of people from Evers’s past, all of them occupying that seat behind home plate. Until one day Dean Evers sees someone even eerier..

I felt i was amidst a scrooge tale of sorts, with a revisiting of the protagonists ills but the circumstances prove to be even grimmer with a stephen king twist on a story that has the main protagonist as an average guy whose a avid baseball fan.
Was shorter than i desired but a nice little supernatural baseball story.

Reviewed by Lou Pendergrast on 15 September 2012