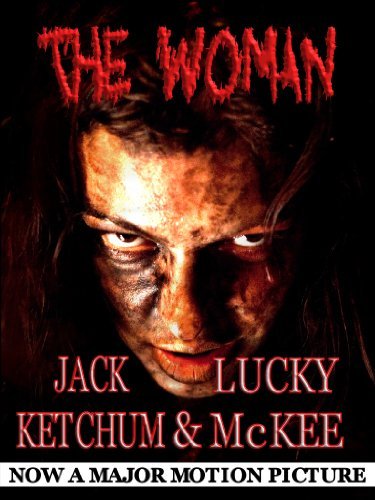 The Woman is the powerful story of the last survivor of a feral tribe of cannibals who have terrorized the east coast from Maine into Canada for years now. Badly wounded in a battle with police, she takes refuge in a cave overlooking the sea. Christopher Cleek is a slick, amoral — and unstable — country lawyer who, out hunting one day, sees her bathing in a stream. Fascinated, he follows her to her cave. Cleek has many dark secrets and to these he’ll add another. He will capture her, lock in his fruit cellar, and tame her, civilize her. To this end he’ll enlist his long-suffering wife Belle, his teenage son and daughter Brian and Peg, and even his little girl Darlin’, to aid him. So the question becomes, who is more savage? The hunter or the game?

“Ketchum has become a kind of hero to those of us who write tales of horror and suspense. He is, quite simply, one of the best in the business.”
—Stephen King

“You never know what you’ll get when you pick up a Ketchum story … but you can be sure you’ll always be surprised – and scared.”
– Publishers Weekly

“[The Girl Next Door is] one of the most disturbing reads in the history of horror literature.”
–Rue Morgue

“Jack Ketchum is one of America’s best and most consistent writers of contemporary horror fiction.”
—Bentley Little

Oh poor reader do take care! The master of shock and terror has yet again served up a dish of vulgarity, brutality and kindness. Family how wonderful it is, mum and dad brother and sister living as a happy family but it all goes completely out the window when Ketchum is writing!
He opens the plot up with the Woman and a woman in the truest sense she is, but also brutally too in-touch with wilderness and it’s savagery.
A hunter stumbles across prey and brings it home and oh boy that’s the best decision he made otherwise we would not have such a shocking story to read.
He brought us Girl next door another shocker, and does not fail in this novel, there are disturbing scenes of rape and torture so beware. You will find yourself gasp at the cruelness of these characters within this story, a story that does not let up in momentum and totally gets your attention. The real gem is the way the story unfolds with some hidden secrets. I will not give anything away as that is what really made this a page turning read for me, being in the dark on information. We are an evil species us humans. I wonder at who you will be rooting for in this story that does show the an undesirable brutality of some people.
I am sure the movie is going to be a memorable one.

Reviewed by Lou Pendergrast on 27 October 2011